Ren Defi Coin Review: Transfer any Token Between any Blockchain

Ren Defi (REN) is an open protocol built to provide interoperability and liquidity between different blockchain platforms. Formerly known as Republic Protocol, Ren launched RenVM, its virtual machine mainnet, in May 2020, having completed a $34 million initial coin offering (ICO) in 2018.

The protocol’s native token, REN, functions as a bond for those running nodes which power RenVM, known as Darknodes. Ren aims to expand the interoperability, and hence accessibility, of decentralized finance (DeFi) by removing hurdles involved in liquidity between blockchains.

RenVM provides one of the only practical interoperability solutions that can scale. It is also the only solution that allows for secret computation over multiple inputs and multiple parties. RenVM is not a product or an application in and of itself, it is a network (and an accompanying SDK) that allows developers to bring cross-chain functionality to their DeFi applications.

Who Are the Founders of Ren?

Ren was founded by Taiyang Zhang, its CEO, in 2017. Initially called Republic Protocol, Ren was first announced in January 2018, with Zhang explaining its initial use case as a “decentralized dark pool.”

Prior to that, Zhang co-founded Neucode, a software and web development startup, in 2014. Jaz Gulati, Neucode’s other co-founder, now works as a software developer for Ren.

Transfer any token between any blockchain

Access tokens from any blockchain using your existing smart contracts without having to worry about wrapping or unwrapping tokens.

Ren Defi is a complex platform with multiple use cases, but it is ultimately designed to overcome barriers to entry and investment for DeFi projects.

As a plug-in, it allows DeFi projects to bring foreign cryptocurrency assets such as Bitcoin (BTC) and Zcash (ZEC) to their offerings. More broadly, users can in essence swap any token between any two blockchains without middle steps such as using so-called “wrapped” versions of tokens, for example Wrapped Bitcoin (WBTC) and Wrapped Ethereum (WETH).

RenVM is a network of virtual computers making up a virtual machine. The machines powering the network which makes up RenVM are called Darknodes.

Ren charges various fees for internal operations, but most do not go towards direct profitability, instead being paid to miners. As an ERC-20 token, REN also attracts varying gas fees to power transactions.

What problem does RenVM solve?

RenVM enables the permissionless exchange of value between blockchains – bringing interoperability to DeFi. This directly enhances DeFi’s utility by adding more liquid assets to the Ethereum ecosystem. Regardless of the DeFi app, RenVM can provide a native cross-chain user experience allowing seamless and decentralized interoperability for the first time ever.

Ren Defi premise is simple: a secret is divided into multiple shares, with participants in the secret sharing scheme needing a majority of the parts to be able to reconstruct the secret.

They have pioneered the own state-of-the-art sMPC algorithm that allows untrusted Darknodes to jointly run scripts without revealing the inputs or outputs of the script to anyone, not even to the machines powering RenVM.

RenVM uses a modified version of the Tendermint consensus algorithm designed specifically for sharding and sMPC.

RenVM is powered by a network of machines called Darknodes, earning rewards for contributing compute power and storage space. RenVM is network powered by decentralized virtual machines. This virtual machine is replicated over thousands of machines that work together to power it, contributing their network bandwidth, their computational power, and their storage capacity. These machines are known as Darknodes. Darknodes earn a share of the volume transacted through RenVM

How Is the Ren Network Secured?

Where Can You Buy Ren (REN)?

REN is a freely-tradable token and has a presence on various major exchanges. Of these, Binance and Huobi Global have the largest volume as of October 2020. Pairs include cryptocurrency, fiat and stablecoins.

Crypto newbie? Read our easy guide to buying Bitcoin and other cryptocurrencies.

What can be built with RenVM?

RenVM serves as a plug-in for decentralized finance and therefore, any DeFi application can incorporate RenVM’s capabilities into their applications and existing smart contracts.

If your project would benefit from cross-chain liquidity, then you stand to benefit from integrating with RenVM. Extra care has been taken to ensure RenVM is composable with existing blockchain and DeFi applications.

Use RenVM to expand the capability of existing dApps or create entirely new business cases within the decentralized world.

Bring cross-chain assets to your DEX

Integrate cross-chain assets such as Bitcoin and Zcash into existing DEX or liquidity pool infrastructure.

With support for more blockchains planned, it won’t be long before the entire ecosystem is connected. 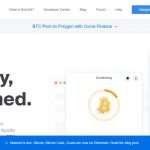