MONET Networks is an open network architecture for mobile blockchains on demand. A blockchain on demand means that participants of a certain activity can form a temporary network for the duration of their interaction without a need of any centralized third party. They are building a free and open-source Software Development Kit (SDK) which enables developers to add blockchain consensus to their applications.

MONET Networks introduces a new paradigm whereby users dynamically join or form local blockchains for the duration of their interaction, and eliminates the need for servers. Ephemeral by nature, these mobile ad hoc networks only exist for the duration of a group’s activity; following this temporary collaboration, participants are not required to stay online to support other users. The SDK implements the Babble consen- sus system which is particularly suited for mobile deployments due to its low messaging complexity.

How Does It Work

The core objective of MONET is to produce an open-source suite of modular software components that will allow the creation of ad-hoc, localized blockchains capable of running across multiple platforms, including mobile devices. This will provide the foundations for the next generation of purely Peer-to-Peer applications where consumers and producers interact directly with each other in a web of dynamic pockets of trust, without the need for third party intermediation.

State of the industry

Today, the Peer-to-Peer economy, where individuals are both consumers and providers of goods and services, relies almost exclusively on trusted third parties acting as orchestrators. Mobile devices only act as clients to the servers maintained by these intermediaries. While the system works well, it suffers from the inherent weakness of any centralized model; users are forfeiting privacy, transparency and control over their data and computation. Furthermore, the cost of mediation is ultimately passed on to the end-user.

Systems built on Peer-to-Peer networking, consensus algorithms and cryptography (eg. Blockchains like Bitcoin and Ethereum), provide a framework for individuals to transact directly with each other without the need for a trusted third party. However, as currently implemented, such blockchains are not fulfilling their true potential due to how inefficient such schemes are to manage. Such schemes involve software which is is too computationally intensive to run on mobile thus leading to a concentration of power in the hands of a few network players and service providers.

MONET envisages a world where individuals are only ever engaging with parties they need to be connected to, based on location and service, in a constantly evolving, organic network topology. A patchwork of dynamic ad-hoc blockchains adapted to the urban and distributed nature of the sharing economy. Such blockchains could run in isolation, serving a specific community, but would also offer a mechanism for transacting beyond this circle via an inter-blockchain communication protocol.

MONET is designed to solve issues of decentralization and scalability. Based on a powerful consensus system, Babble, with ad hoc blockchains MONET can process thousands of transactions per second with near instant finality. Since blockchains are ephemeral, any off-shelf device can participate in the blockchain. The result is no middlemen fees, no centralization risks, no sluggish blockchain speed and no cost compromise.

MONET is a framework which benefits mobile application development and implementation. MONET hub can be thought of as a public good that records system state. Applications of the technology stack span a variety of potential industry verticals.

MONET GmbH is based at 6 Gartenstrasse, 6300 Zug. It is supported by our parent company Mosaic Networks LTD based at 81 Curtain Road, London. Please refer to our website for further information and for an overview of the team: 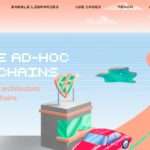