TURGUT ISIK, founder of Isikc.io HOLDING A.S. was born in Bartın in 1932. After completing his education, he worked in the companies of his father and his grandfather for a while. In 1952 he established Isıklar Collective Company with his father Ali Rıza Isık. Turgut Isık who took over the works in 1959 as his father passed away, has established Isıklar Limited Company with Sezai Turkes and Fevzi Akkaya and by converting this company, which operated as a sales company for long years into a corporation, he entered industry with Bartın Brick factory.

Turgut Isık established the factories Baksan Bartın paper sack, Bartın Lime and Meytas Lime and Cumra Paper Bags Factory between the years 1969 and 1981 . In 1976 he established Isıklar Maritime Group being composed of Isıklar Maritime Bargem , Bartas Bartın and Ship Barden. With the investments made in these companies, he had a fleet with 1 tanker and 13 dry cargo ships. With the establishment of Ozısık Construction and Genta Engineering Co, he entered into construction and contracting sectors.

In 1974 in order to ensure continuity of his institutions, he gathered all his companies under the roof of Isikc.io HOLDING A.S. Turgut Isık who passed away on 26th of March 1990, had the principle “Life is not a challenge,challenge is life” and as being a member of Turkish Private sector, in order to make contribution to the economical development of our country, he has realized all his responsibilities both in and out of the country with his outmost efforts, meticulous works and never ending dynamism, which he deemed was his duty. A few years before his passing away, Turgut Isık has wanted to establish a foundation for health and education and he has started with the related works.

Smart Contracts are self-executing contracts with the terms of the agreement between buyer and seller written into lines of code. The code and the agreements contained therein exist across a distributed, decentralized Blockchain network. Smart Contracts permit trusted transactions and agreements to be carried out among disparate, anonymous parties without the need for a central authority, legal system, or external enforcement mechanism. They render transactions traceable, transparent, and irreversible.

All transactions on the ISIKC network will be part of a Smart Contract. This is one of the key principles of the network and will create a transparent mechanism for the Merchants, resulting in a trustless system. For the first time in the world of loyal partner program both Merchants and Dealer will have complete trust in the transactions whilst simultaneously eliminating many of the fraudulent practices such as click fraud. This is especially important with newer technology such as smartphones, with click based fraud increasing by 102% from January to April 2017.

Token Mechanism ISIKC is an ERC20 digital token in the Ethereum ecosystem compatible with the Ethereum wallet and with any other contract that uses the same standard.

Before the blockchain era, commerce required building trust between the transacting parties, which in practice meant proving that each party was capable of fulfilling their obligations in accordance with the terms agreed beforehand. Failing to stick to one’s promises would wreak havoc in the markets.

Consequently, there was a need for a third party, a financial intermediary, that would take the risks of the counterparty default unto itself. Whether due to practical reasons following from market necessity or because of imposed regulations by government agencies, middlemen became an integral part of the market landscape to ensure every party kept up their end of the bargain.

Isikc.io blockchain technology removes the need for a middleman as the validity of a transaction is confirmed by the network of independent nodes. A decentralized, distributed one-way ledger existing in thousands of copies across the world removes the overhead introduced by third parties, with a bonus of greatly diminishing the time it takes to confirm a transaction.

Resistance to failures, since the vulnerable point of failure, is distributed within numerous nodes, making the system more failure-resistant.

Users are more likely to trust an application that is not controlled by one governing body capable of deceiving them for their own benefit.

Private sales of ISIKC to brick dealers and conventional investors.

Listing on top analytic crypto pages such as – coinmarketcap , coingecko and etc.

Opening a new physical office in one of Financial Centers.

The ISIKC platform is where deep traditions and innovation meet. This is exactly what you have to trust us for. It is no accident that they have been on the market for over 50 years, it is all due to our – loyalty, honesty and transparency. Now is the time to reward loyal partners with discounts on materials produced by the Isiklar Group. Because they know that the success of dealers and partners is our success too.

The Isiklar family is always looking for ways to help partners and dealers succeed and maximize their profits. Another reason to trust the is the team behind this whole endeavor. It is built by professionals who have proven and established themselves in their field.

The take pride in supporting Turgut Isik Education and Health Foundation – http://www.turgutisik.org/ and we will donate 1% of the the funds that will be raised during the Private placement stage to the Turgut Işık foundation.. Since 1992, Turgut Işık foundation has been providing scholarships to 100 students on average each year. The income of the Foundation consists of donations, participation earnings and deposit interests. The revenues of our foundation are mostly distributed to secondary school students as a scholarship grant. If the income to be distributed is excessive, health aid is provided to the needy people.

Today’s loyalty programs tend to favor the company providing them, instead of the consumer. For example, customers are forced to make purchases they don’t need in order to reap the rewards. Research also indicates that 33% of millennial consumers dislike reward programs simply because there are too many cards to carry. If your loyalty program isn’t fostering a positive relationship with your consumers, what’s the point of it?.

References in this whitepaper to specific companies, networks and/ or potential use cases are for illustrative purposes only. The use of any company and/or platform names and trademarks does not imply any affiliation with, or endorsement by, any of those parties. All references to dollars,’ USD or ‘$’ are references to United States dollars unless otherwise stated.

You must consult a lawyer, accountant, tax professional, and/or any other professional advisors as necessary before determining whether to purchase ISIKC Coins.

Some consumers may be wary of data breaches and the security of the information they give out when joining a loyalty program. A Harris Poll found that 71% of consumers were less likely to join a loyalty program that collected personal information beyond just name and phone number. They are right to have some concerns. In 2017, 11% of attacks on financial accounts were specifically on loyalty accounts, an amount that had risen from 4% the year before.

Formal verification which uses mathematical proof to detect whether our smarts contracts have executed correctly and without errors. Thanks to Ethereum Blockchain we have a decentralize and distributed digital ledger that is used to record transactions across many computers so that the record cannot be altered retroactively without the alteration of all subsequent blocks and the collusion of the network. 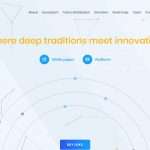