G999 Coin blockchain is a technology that can allow individuals and companies to make instantaneous transactions on a network without any middlemen. Putting voice, chat and email on a decentralized blockchain is a very big achievement, it means that no single party would have control over users’ accounts and their messages. The blockchain voice, chat and email would let you keep your messages free from prying eyes. G999 is the very own cryptocurrency, the engine of an entire ecosystem. G999 is a utility coin listed on multiple exchanges with the purpose to be traded in order to take advantage of: Blokchain Academy, E-mail over blockchain, G999 Voice&Chat App, Gold Merchant, G999 Ownership Certificates and many more.

G999main.net is a peer-to-peer electronic cash system that aims to become sound global money with fast payments, micro fees, a new generation of communication, and high transaction capacity. In the same way as physical money, G999 payments are sent directly from one person to another. Wallet to wallet. G999 combines gold-like scarcity with the spendable nature of cash. As a permissionless, decentralized cryptocurrency, G999 requires no trusted third parties and no central bank. Unlike traditional fiat money, G999 does not depend on monetary middlemen such as banks and payment processors.

Once You Purchased G999. Now It Is Time To Store Your G999 Or Start Trading On Exchange .

G999 blockchain is a technology that can allow individuals and companies to make instantaneous transactions on a network without any middlemen. Transactions made on the G999 blockchain are completely secure and fast.

By its decentralized nature and cryptographic algorithm, G999main.net is immune to attack. In fact, hacking a blockchain is close to impossible. In a world where cybersecurity has become a key issue for personal, corporate, and national security, Blockchain is one revolutionary technology, therefore they developed an encrypted communication system over G999 blockchain.

Each transaction is signed with a private key and then can be further verified with a public key. If transaction data changes, the signature becomes invalid. As a result, the block is ignored and won’t make it to the chain, therefore no one can intercept voice messages, text messages or e-mails. Blockchain’s greatest characteristic stems from the fact that its transactions are able to carry encrypted hex strings, making possible the encrypted communication services over the blockchain.

The existing encrypted telecommunication services, but they are vulnerable to hacks due to its centralized nature. G999 uses asymmetric encryption, meaning only the receiver and sender can read the message with the private key, providing transcendent security and privacy.

G999main.net integrates with browsers and major mobile operating systems, to allow easy access to mass adoption in the private, secure and encrypted telecommunications.

Get Started With G999 Blockchain

You have 999 reasons to believe in the new era of blockchain, there is no better, safer way to transfer information and benefit from both a historical trail of 100% encrypted data, plus an instantly up-to-date record.

The blockchain network is the underlying infrastructure that supports communication services operated in a decentralized ecosystem. G999 uses the PoS algorithm, which provides faster transactions and less energy consumption.

G999 Coin creates privacy tools that enable untraceable, secure transactions, and anonymous communication. Using the decentralized nature of blockchain technology, they create new private and secure methods of interacting with the internet, as well as building privacy-centric applications, such as messaging services and wallet to wallet e-mail services.

The revolutionary fast payment solution for making secure, privacy-first transactions without compromising on speed. Using the power of the G999 Service Node network, the blockchain lets you send and receive G999 in less than 60 seconds.

Much of networking functionality and scalability is enabled by a set of incentivized nodes called Master Nodes. To operate a Master Node, an operator time-locks for 12 months a significant amount of G999main.net and provides a minimum level of bandwidth and storage to the network. In return for their services, operators receive a portion of the block reward from each block.

The wallets are a gateway to private decentralized transactions and communications. They allow you to hold private keys, secure or stake G999 Coin , and trade peer-to-peer. To operate a Stacking Node, an operator must deposit a slight amount of G999 and provides a minimum level of bandwidth and storage to the network. In return for their services, operators receive a portion of the block reward from each block.

Proof of Work, by its nature, requires miners to compete against each other to solve computationally complex mathematical problems. Many people are concerned about the environmental impact of mining, as it uses a massive amount of electricity. Proof of Stake, as implemented in G999, does not require these energy-intensive calculations: instead, it relies on the cooperation of G999 Master Nodes — which uses comparatively small amounts of electricity.

The G999 wallets are a gateway into private decentralized transactions and communications. They allow you to hold private keys, secure or stake G999, and trade peer-to-peer.

Which wallet should G999 use?

G999 wallets are a gateway to private decentralized transactions and communications. They allow you to hold private keys and secure, stake, or trade. Each wallet is designed for specific groups of users, depending on their goal and level of expertise, they provide macOS, Windows, Linux, and web-based wallets.

Much like proof of stake, masternodes rely on staking a certain amount of a given currency within the currency’s network.

Masternodes are powerful servers backed by collateral held in G999main.net and are designed to provide advanced services and governance on the blockchain. They host full copies of the blockchain and provide a unique second layer of services to the network, facilitating advanced functions such as InstantSend, PrivateSend, and usernames on the blockchain.

Masternodes must be backed-up by collateral denominated in G999, and in return, their operators receive regular payment for the services they provide to the network. The reward is calculated for every 12 months of collateral but is it paid directly after each block. The total reward for one masternode 7.5% of the deposited collateral per year.

G999 Block Explorer is an online blockchain browser that displays the contents of individual blocks and transactions and the transaction histories and balances of addresses. From explorer, you can follow up on all the live interactions with the blockchain, including the running number of masternodes, like, for example, to follow up on how many masternodes are available from a total number of 4000.

The block explorer is a search engine that allows you to search for a particular piece of information on the blockchain. The activities carried out on the G999 blockchain are known as transactions, which occur when cryptocurrencies and encrypted communication messages are sent to and from wallet addresses.

How can we purchase G999 coins?

G999 Coin is not for sale but you can visit https://gstrade.exchange and exchange 69 USDT for 4999 G999 coins or you can take advantage of the promotional vouchers to redeem one of the Masternodes spots or take part to the revolutionary staking program. G999 coin will be listed starting with 15th December on multiple exchanges such as BitForex, CoinSuper, Bitexlive, GSTrade.exchange and many others. We invite you to exchange to G999 and take advantage of our ecosystem products. 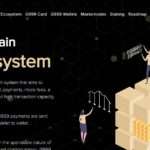