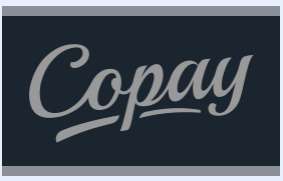 Copay Bitcoin Wallet is an Hierarchical Deterministic wallet. This means that funds in the wallet can be restored using old backups, diminishing the risks of losing funds. The extra security of using different addresses for each bitcoin transaction is also a positive security feature alongside multi signature capabilities. Copay Bitcoin Wallet allows users to check prices in over 150 currencies. Copay Bitcoin Wallet is open-source free software, it is not bound to companies or individuals. Anyone can copy, modify, verify or contribute to Copay.

Copay Bitcoin Wallet is a secure bitcoin wallet platform for both desktop and mobile devices. Copay  Bitcoin Wallet uses Service (BWS) for peer synchronization and network interfacing.Binary versions of Copay are available for download at Copay.io. Copay Binaries are signed with the key [email protected] – See the section How to Verify Copay Bitcoin Wallet Signatures for details.This project was created by Bit Pay Inc, and it is maintained by Bitcoin and hundreds of contributors. There is a Copy Bitcoin Wallet branded version of Copay at mobile phone stores, Bitcoin Wallet, which features integration with the Bitcoin Visa Debit Card, as its main difference.

The Copay Bitcoin wallet was launched in 2015 by a company called BitPay. BitPay was the first Bitcoin payment provider and allowed many businesses to accept Bitcoin as payment for the first time. It’s like a crypto version of Visa or Mastercard! The service was launched in May 2011 and it was being used by 10,000 different businesses by September 2013.The Copay Bitcoin wallet was released in June 2015. By 2016, BitPay was processing 200,000 Bitcoin transactions each month and Copay was becoming one of the world’s most-used crypto wallets.

Copay Bitcoin Wallet implements a multisig wallet using p2sh addresses. It supports multiple wallets, each with its own configuration, such as 3-of-5 (3 required signatures from 5 participant peers) or 2-of-3. To create a multisig wallet shared between multiple participants, Copay requires the extended public keys of all the wallet participants. Those public keys are then incorporated into the wallet configuration and combined to generate a payment address where funds can be sent into the wallet. Conversely, each participant manages their own private key and that private key is never transmitted anywhere.

How To Install Copay Bitcoin Wallet?

Many Wallet Offer Private Key Features. If Kriptomat Offer Private Ket Features Than Follow This Guide – Snap “I Get, Proceed” And You Will See Your Private Key. Spare This Key By Printing Your Paper Wallet. Store This In A Safe Place For Example In Almira Or Any Zip Locker.

It’s recommended that all final testing be done on a real device – both to assess performance and to enable features that are unavailable to the emulator (e.g. a device camera).

Follow the Cordova Android Platform Guide to set up your development environment.

When your development environment is ready, run the start:android package script.

Follow the Cordova iOS Platform Guide to set up your development environment.

When your development environment is ready, run the start:ios package script.

Before building the release version for a platform, run the clean-all command to delete any untracked files in your current working directory. (Be sure to stash any uncommitted changes you’ve made.) This guarantees consistency across builds for the current state of this repository.The final commands build the production version of the app, and bundle it with the release version of the platform being built.

Information about backup and recovery procedures is available at: https://github.com/bitpay/copay/blob/master/backupRecovery.md

It is possible to recover funds from a Copay Wallet without using Copay or the Wallet Service, check the Copay Recovery Toolllet Service (BWS) for blockchain information, networking and Copayer synchronization. A BWS instance can be setup and operational within minutes or you can use a public instance like https://bws.bitpay.com. Switching between BWS instances is very simple and can be done with a click from within Copay. BWS also allows Copay to interoperate with other wallets like Bitcore Wallet CLI.Please note that Copay v5.3.0 and above use CSP to restrict network access. To use a custom BWS see CSP announcement.

Copay uses standard gettext PO files for translations and Crowdin as the front-end tool for translators. To join our team of translators, please create an account at Crowdin and translate the Copay documentation and application text into your native language.

If you are having particular problem with your Copay instalation, please first search older issues in order to learn if the issue is already reported. It could be fixed already.Please also check our FAQ.When requesting support describe the issue as much in detail as possible. Consider to provide the following information:

Copay is released under the MIT License. Please refer to the License file that accompanies this project for more information including complete terms and conditions.

The wallet is free. Copay supports various desktop platforms including Linux, MAC OS X and Microsoft Windows. It is also available for Android and iOS mobile devices. Download the latest releases on GitHub.

Copay Wallet Ease of Use

Apart from its versatility, Copay is quite intuitive although beginners might find it a bit hard to use. It has features for customizing wallet names and colorful background themes. The wallet supports several languages including French, Chinese, Spanish and German. All these were put in place to enable a seamless UX with the wallet.

BitPay recorded a phishing attack in the past. The pursuit of protection against these hacks led to the invention of the Copay wallet. It uses HD wallet settings. This implies that it generates addresses per transaction and uses a seed phrase backup feature. You can always recover your wallet when you lose your main login device. The wallet uses a SPV method with the aid of BitPay server as the third party instead of a full blockchain node. Although Copay executes this securely, most BTC users consider this SPV method a con.

How To Secure Your Copay Bitcoin Wallet?

There Are A Number Of Ways To Keep The “Bad Guys” Away From Copay Bitcoin Wallet . And Although Cryptocurrency, As A Technology, Has Increased Anonymity And Encryption, The Devices On Which These Funds Are Stored (Phone, Pc, Tablet) Are Much More Susceptible To Hacking. Below Are A Number Of Simple Tips That Can Improve The Security Of Your “Crypto Wallet”.

The “Hunt” For Your Data Does Not Stop For A Minute, Regardless Of What Gadget You Use, Or What Network You Are Connected To. A Good Idea To Solve Some Of The Problems Associated With The Possibility Of Theft Of Personal Data Is Printed On Paper Keys For The Wallet — A Variant Of Replacing The Software “Assistant”. In This Case, You Will Only Need Paper And A Printer — No Additional Devices Or Gadgets. The Output Will Be A Kind Of Offline Wallet, Represented By A Pair Of Printed Keys. Some Enthusiasts Refer To This Approach As “Cold Wallets”, Because In The End, The Storage Process Takes Place Offline.Paper Wallets Are In Regular Demand, And You Can Test Their Functionality Yourself:

The Main Difference: The Creation Of Unique Addresses And Keys Through The Use Of Client-side Js Scripts. In Other Words, Keys Are Created Immediately On Your Pc, Without Requiring Data Transfer Over The Internet. And To Make This Process More Fun, The Developers Suggest That You Move The Mouse And Fill In Text Fields, Thus Obtaining Unique Data For Generating The Necessary Tools.

Two-factor Authentication Requires The User To Enter An Additional Code From Another Source – Such As A Text Message Or Email. However, The Most Common Method Is Through The Google Authenticator App. Just Install It On Your Phone And It Will Generate A New 6-digit Access Code To Log In To Your Copay Bitcoin Wallet Or Make Transfers.

We Recommend Using Only Those Web Wallets That Do Not Support Two-factor Verification. In Particular, The Wasabi Wallet Offers To Activate 2fa Already At The Registration Stage.

Step 3 : Create A Strong Password For Your Copay Bitcoin Wallet

If You Decide To Use A Web Copay Bitcoin Wallet, Which Is Recommended Only For Small Transactions, Alway Make Sure That Your Password Is Secure. Never Enter Your Date Of Birth Or Credit Card Pin As Your Password. Use Alphanumeric Combinations, Combine Cases, Use Underscores, And So On. But It’s Best To Use An Strong Online Password Maker Website.

The Chrome Store Library Is Known For Its Abundance Of Phishing Extensions, Especially For Cold Wallets Like Ledger. Although Google Removes Dozens Of Such Fraudulent Products Every Month, New Ones Are Coming In Their Place. In March 2020, Fraudsters Stole More Than $ 250,000 In Ripple Coins From Their Wallets Using A Fake Extension, And In June 2020, Crypto Podcast Host Eric Savix Lost All Of His 12 Bitcoins By Entering A Secret Phrase In A Phishing Extension For Ledger.

Phishers Often Send Emails From An Address That Is Almost Identical To The Real Address Of The Wallet Support Service. For Example, If You Use A XYZ Wallet From xyz.cxom Then You May Receive An Email From A Fake Address Like [email protected] Instead Of The Present [email protected] These Emails Try To Scare The User Or Create The Illusion Of Urgency — For Example, You Will Be Informed That Your Account Has Been Hacked/Blocked And That You Need To Update Your Security, Change Your Password, And So On. The Link Leads To A Fraudulent Page That Will Either Steal Any Data You Enter Or Install A Virus On Your Device.

This Also Applies To Ads Above Google Search Results That Often Advertise Phishing Pages. Here Is An Example – Note The Difference In Just One Letter Between A Real Address And A Fraudulent One:

Step 6 : Install Or Use Trusted Antivirus

The First Thing You Should Do After Installing A Copay Bitcoin WalletIs Install A Reliable Antivirus And Update It. Most Cyber Attacks Attempt To Send Important Information From Your Computer, You Should Make Sure That Your Pc Or Mobile Is Protected From A Virus Threat. Regularly Update Your Antivirus To Minimize The Risks Associated With The Appearance Of New Virus Threats That The Old Version Did Not Protect Against.

Private Keys Are Intended Exclusively For You. You Should Not Disclose Them For Transactions Or Cryptocurrency Purchases 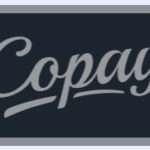